For some football is the „beautiful game”. In the less advantaged places of Israel, it’s more than that. The fan group Sderot Ultras that was founded two years ago is a good example. The rocket battered town’s Maccabi club only plays in the fourth Israeli league, but Shahar Shitrit, one of the leading figures of the Sderot Ultras explains: „Small children come with their parents to the stadium and we have many women in the stands.“ Some of them were not interested in football at all and started to come only for the atmosphere. „The games on Friday have shaped the city. People are downright waiting for the games.“ 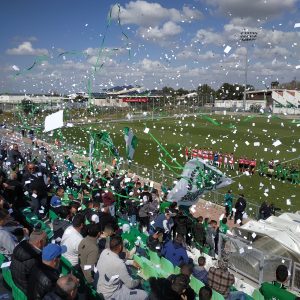